Formed in 1972 by missionaries from the Catholic and Protestant churches, the Society for Community Organization (SoCO) firmly believes that everyone should be entitled to equal rights. Through its civic education programs and social actions, SoCO unites vulnerable groups of people in Hong Kong and helps them fight for better lives through a fairer distribution of social resources. SoCO also provides a range of social services to the underprivileged and their families to temporarily relieve their daily hardships.

“We are motivated by a common dream, and that is: "Let us work hand in hand and shoulder to shoulder to build a caring, equal and just society."

Secret Santa - our annual Christmas gift donation drive for SoCO supported children living below the poverty line. Started in 2014, Angels For Children receives a wish list from SoCO and then puts it out to their donors and the wider community to fulfill it. The gifts are then delivered to the children over the holiday season.

Community Connections - Angels For Children works to bridge the gap between the SoCO supported children and tuition centres and other extra-curricular activity service providers. Making the connection has enabled the children to receive English tutoring, swimming lessons and other afterschool activities.

The Children Endeavour Award Project - encourages children to study hard and learn continuously. Through a point system the children’s academic results and areas of improvements are rewarded and, once a child has accumulated a certain number of points, they can redeem prizes that range from school bags and supermarket coupons to a brand-new computer or a sponsored extra-curricular activity. In the first quarter of 2018, more than 400 children were participating in the Project and it is estimated a total of 1,500 will be participating by year end. According to the Hong Kong Poverty Situation Report in 2016, released by the Commission of Poverty, 229,500 children were living below the poverty line – which translates to one out of every four! For these children, receiving a good education is key to lifting them out of poverty. 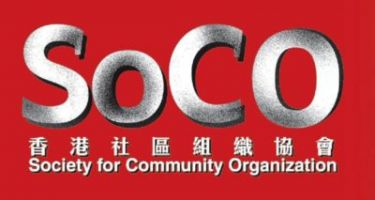